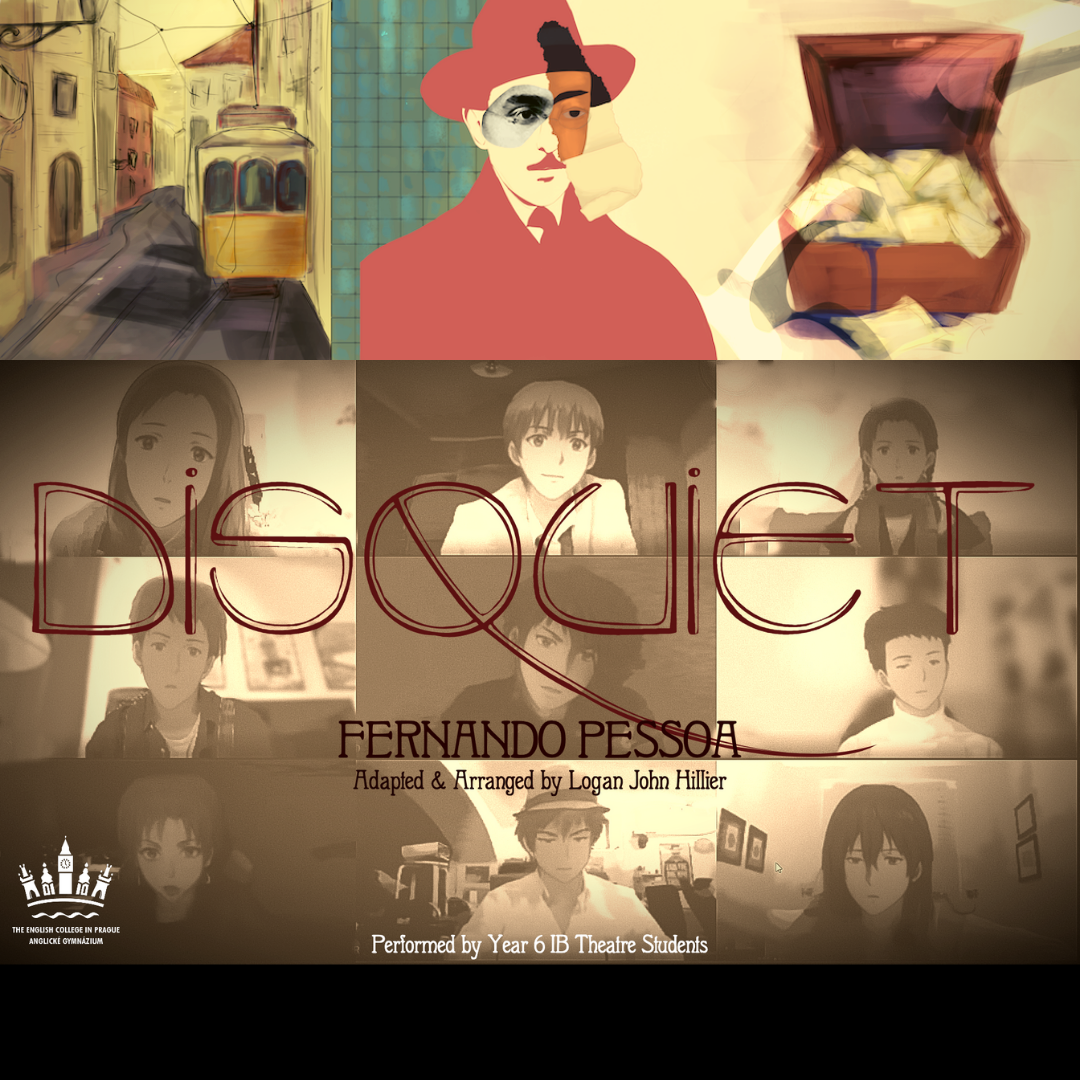 ‘Disquiet’ is a skillfully compiled collection of scrambled thoughts, poems, and ideas of Fernando Pessoa. A complicated individual, Fernando Pessoa was one of the greatest poets and philosophers of his generation. Following his death in 1935, numerous unfinished drafts, letters, and notes found in his home, which were later collected into the ‘Book Of Disquiet’.

Logan J. Hillier’s ‘Disquiet’, however, is best described as a symphony of personalities. Characterized by nine distinct heteronyms, much like multiple personas of Pessoa, the unnamed characters exist within the mind as independent figures.

Within ‘Disquiet’, one can find familiarity with certain archetypal characters, whilst sharing contradicting beliefs with others, pushing for self-reflection. How do we perceive the world through our eyes? And can we see the world, for what it is, through the eyes of others? For the production itself, the pandemic provided a challenge, whilst simultaneously allowing us to explore new mediums for artistic expression. Within the limitations of an online video chat, we were able to create an environment for theatre, unlike any other. The question to ask yourself is, to what extent are you observing the play, or actively experiencing it?